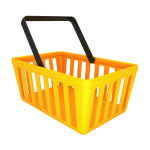 Potential bomb shelter in our garden?

By mounsey, June 4, 2018 in SHEFFIELD WAR YEARS AND THE SHEFFIELD BLITZ