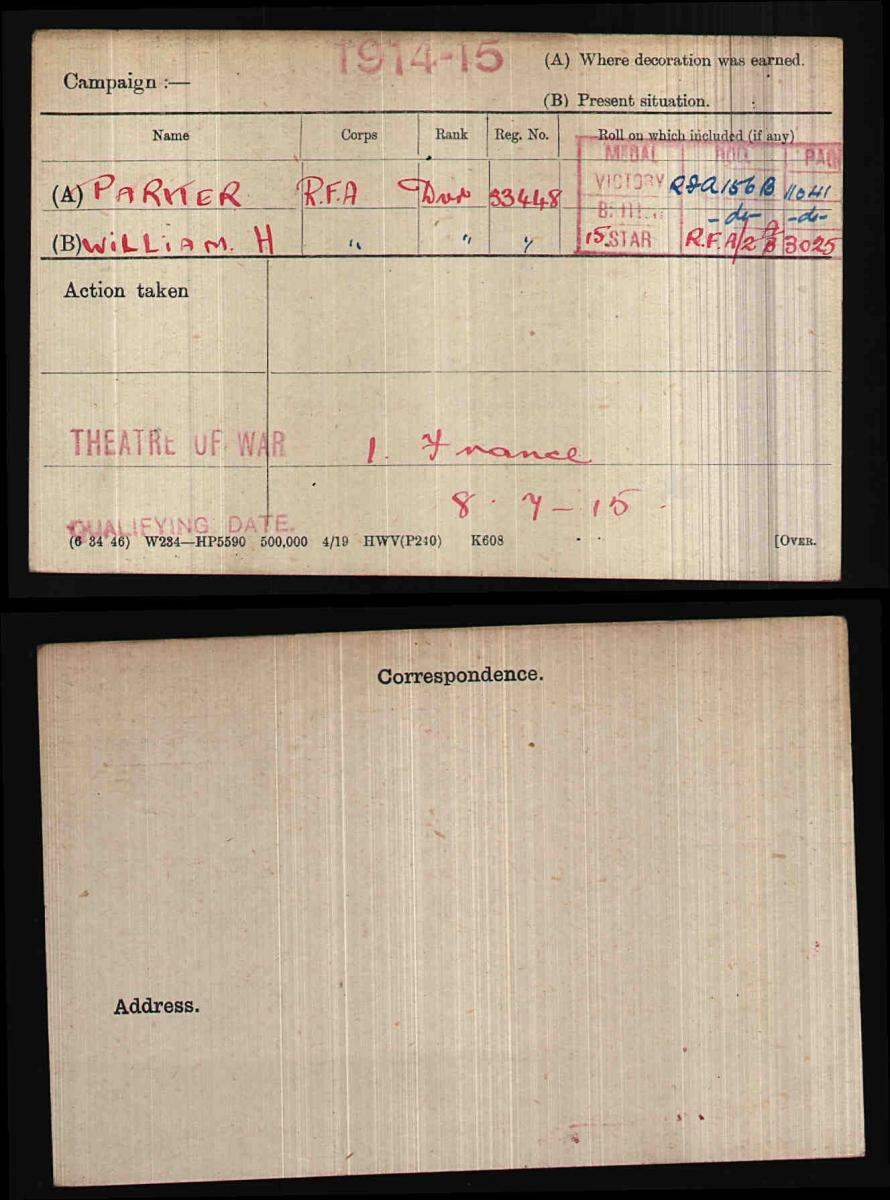 William Henry Parker served four and half years in France and Belguim during the 1914-1918 war in the British Expedition Forces (B.E.F.) as a Driver. Was listed in the R.H. (Royal Horseman) and the R.F.A. (Royal Field Artillery) units. He enlisted in Aug 1914 and was discharged in Feb 1919. His war medal card shows he received the Victory medal, the British medal and the 1915 Star medal, Theater of war - code 1, France. Qualifying date 8-7-15.