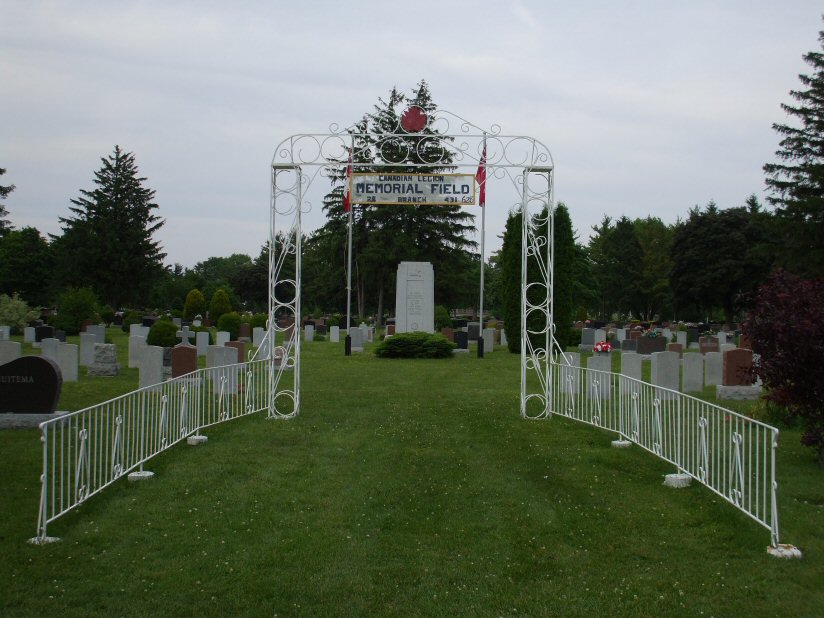 The entrance to the Soldier's Field where William Henry Parker rests.

CANADIAN LEGION ATTENDS FUNERAL
Funeral services for William Henry Parker were conducted Saturday afternoon at the Needham Memorial chapel, by Rev. Roy Mess, rector of Christ Church. The deceased, a well known resident of 25 Selkirk Street, passed away on Wednesday in St. Joseph's Hospital, following a lengthy illness. Members of the Canadian Legion No. 28 of which the late Mr. Parker was a member, attended the services in a body. Interment was made in the Soldier's Plot, Maple Leaf Cemetery, with Don Rawlings, R.S. McFadden, Jack Foy, Jack Webber, Robert George and H. Brown acting as pall bearers. A firing squad from No. 12 B.T.C. acted as a guard of honor at the chapel and the Last Post was sounded at the graveside.

© personal family photo
From the album: