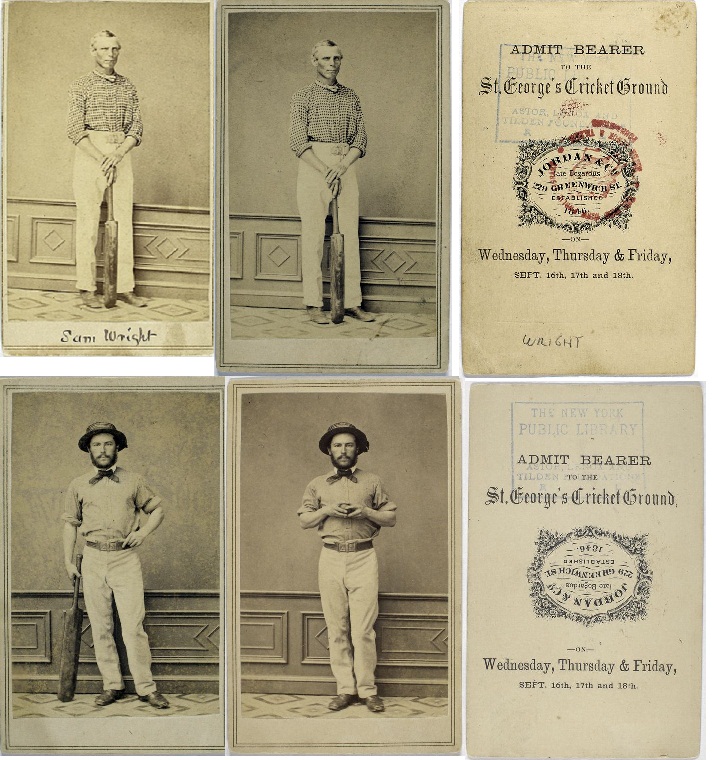 Samuel played for The Wednesday CC 1828 to around 1830. He emigrated to take up a post as club captain and grounds keeper of the St Georges Cricket club in New York NY on Manhattan Isle. He is recognised as organising the first ever International cricket match, USA v Canada.

Cricket was king in the USA in the 1830's but things were changing. Far easier to have a baseball plate as not as much land was required and Cricket went into a slow decline. Samuels sons though prospered and both Harry & George are to be found in the Baseball Halls of fame.

© TWCC
From the album: